Plugin conflicts are one of the most common errors in WordPress, you have probably encountered plugin conflict. Plugins are snippets of code that are added to WordPress to add some features or improve functionality. In the event that this code does not have errors, there can be a major plugin conflict possibly leading to a WordPress white screen of death. Since plugin conflict is caused majorly by poorly coded plugins, it helps to carefully evaluate each of the WordPress plugins before you add it to your site.

If you install a poorly coded plugin there is a likelihood that it will conflict with your theme or other existing plugins. To cite an example, the way a plugin loads jQuery can be the cause of many plugin conflicts, to avoid this problem look at the compatibility of the plugin and the user rating on the WordPress repository before installing. You should avoid downloading and using plugins from unknown sources. This will reduce the possibility of installing a poorly coded plugin. All free plugins available on the WordPress repository are already tested by thousands, if not millions of users and they have been rated. Check these ratings, comments, and questions on the support thread before installing any plugin.

In retrospect, you should carefully evaluate each of the plugins on your site before you update your WordPress version. If there are plugins likely to cause problems, you should deactivate them first before updating WordPress.

This is another fairly common type of plugin conflict that results from a ‘fight’ for resources between two plugins. A common scenario involves two similar plugins doing the same task. If you have both plugins activated, WordPress plugin conflict is bound to occur.

This is not always the case since not all plugins have the ability to detect rival plugins and warn you in advance. In the event you see a white screen of death, there is a possibility, it is caused by WordPress plugin conflict. One of my common observations, two caching plugins when installed together and activated tend to create severe plugin conflicts that often result in a white screen of death. To resolve this error you need to rename the plugin folder in order to deactivate all the plugins since most times the dashboard will be inaccessible.

Plugin conflict with your theme

Plugin conflicts also occur between a certain plugin and the active WordPress theme. This is not an isolated incident since it tends to be a common error especially if the plugin in question has similar functions with part of the theme. Theme's functions are contained in the file – function.php and a plugin adding similar functionality to what exists in your theme will result in a conflict.

For you to successfully fix plugin conflicts, you should begin by ensuring you back up all the plugins before you update. This allows you to revert to the original state if there is a problem. You can download the plugin’s backup before you upgrade to help you with restoration if a conflict occurs.

Update the Plugins one by one

WordPress provides a way of updating several plugins but this can be somewhat disastrous especially if you have plugins that are incompatible. It helps to update each plugin individually as you check to see which of these plugins is likely to cause a problem. This will help to easily identify the plugin causing a conflict.

The rule of the thumb when it comes to plugins installations should be to always avoid those plugins that are outdated. Always check for the recently updated plugins. Any plugin that has not been updated for the last six months should be avoided unless it is an absolute necessity.

All plugins listed in the WordPress repository have a support forum that consists of threaded questions to the plugin’s author, regarding certain issues. You should check if there has been previously reported plugin conflict. If there is no plugin conflict reported earlier you should inquire from the author if you encounter a conflict. For premium plugins, each marketplace provides a way for the users to ask for support, check those support forums, and as questions before you can buy a premium plugin.

Another smart way of avoiding plugin conflicts is to test the plugins with a demo site on your localhost before you install them on your live site. This is useful especially for plugins that are likely to break your website or those plugins from unknown sources. Create a local WordPress installation on your computer and test your plugins locally before deploying them to your live site, it's better safe than sorry.

Whilst you can take care not to create any plugin conflicts in your website, but when they occur you need to quickly fix them.

The best way to have a long-term solution for debugging plugin conflicts is to begin by turning on the error reporting in your wp-config.php file. To get the error log you should add the following code in wp-config.php above the comment /* That's all, stop editing! Happy blogging. */

// Disable display of errors and warnings

This will log all the notices, errors, and warnings in the file called debug.log inside your wp-content directory. You can use this error log to identify potential plugin conflicts or other problems.

After accessing the site you should rename the plugins folder to something like old_plugins then create a new plugin folder called plugins to restore the plugins one by one. As you activate the plugins you will quickly identify the plugin that is causing the conflict and get rid of it.

WordPress plugin conflicts can be avoided by carefully selecting only the best plugins for your site. Finally, you should always remember that WordPress plugins are extensions of WordPress functions and they should be used sparingly or only when it’s necessary. I hope this article has helped you understand what causes WordPress plugin conflicts and how to fix them. If you have additional questions, comments, clarifications, or compliments; do not hesitate to get in touch through the comments section below. 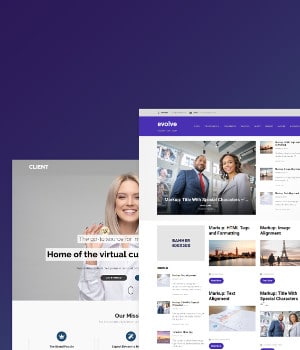